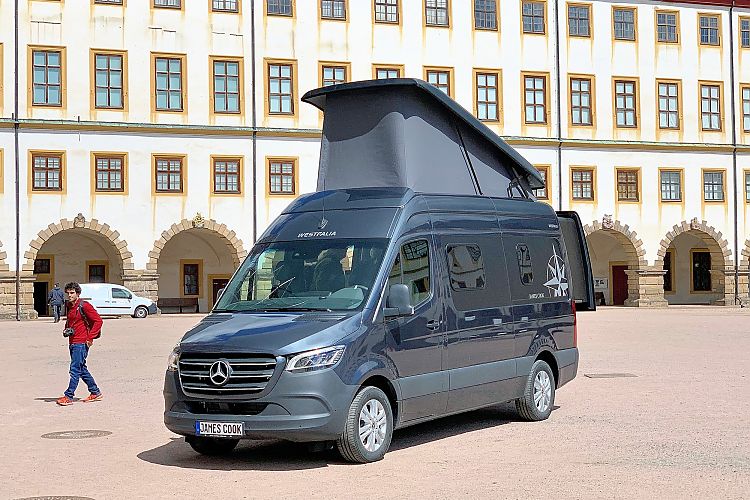 Westfalia Mobil presented the new James Cook on the occasion of the dealer conference 2019 in Gotha. This rounds off the company's product portfolio with a genuine premium product.

The James Cook is a legend. For decades it has been regarded as the benchmark when it comes to expanding exclusive panel vans. When Westfalia discontinued the production of its predecessor in 2013, Managing Director Mike Reuer associated this with the promise that with the market launch of a new Mercedes Sprinter model, the James Cook, then in its fourth generation, would also be reissued. A few days ago the time had come. In Gotha, the new James Cook was presented both to Westfalia partners and to the international trade press during the dealer conference. And as befits a James Cook, the fourth-generation model also comes up with numerous innovations.

The same goes for the new central control element developed jointly with Mercedes Benz. All functions of the motorhome can be controlled via the touchscreen in the cockpit, the control panel in the living room or even via remote control via the mobile phone.

The model with a pop-up roof was shown in Gotha. The GfK high roof will be presented to the public for the first time at the Caravan Salon in Düsseldorf, including our customers. Be there for the world premiere.

In the coming weeks, we will keep you informed about further innovations to the James Cook. We have compiled the first pictures for you in the gallery.